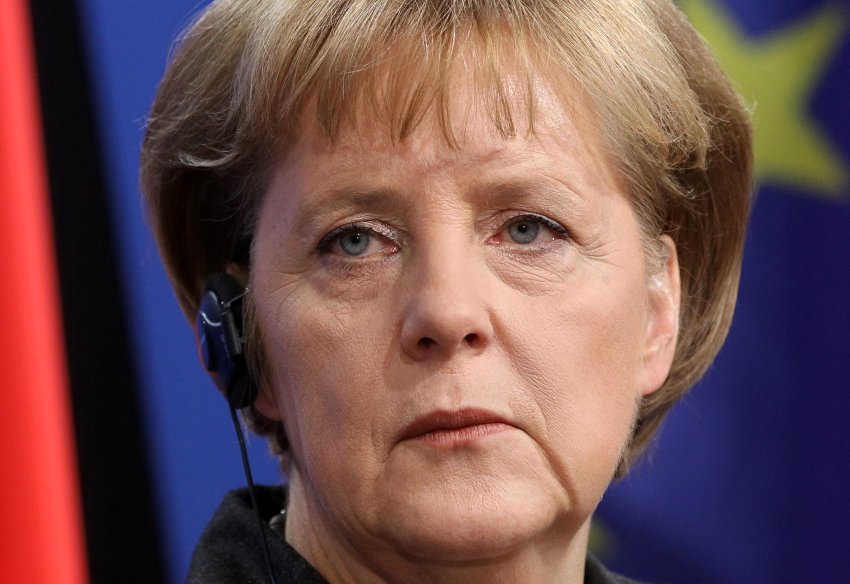 German Chancellor Angela Merkel (above) understands that continued uncongenial relations between the EU and Russia could lead to a larger conflict involving NATO. Longstanding linkages between EU states and Russia, put at risk by mutual sanctions, could serve as the basis for an improvement in relations and positive outcomes on contentious issues such as Ukraine that will satisfy all parties involved.

According to an October 16, 2014 Reuters article entitled, “Merkel Says Russia Sanctions Do Not Preclude Dialogue” German Chancellor Angela Merkel stated in a speech in Parliament on Thursday that sanctions against Russia over Ukraine were necessary but they did not preclude dialogue with Moscow.  Merkel spoke ahead of the Asia-Europe Meeting (ASEM) in Milan. ASEM is a summit concerning the creation of responsible partnership between Asia and Europe on sustainable economic growth and development. However, meeting Russian President Vladimir Putin to discuss urgent and important issues will be high on Merkel’s agenda and the agendas other EU leaders. The German leader described the situation in Ukraine as “very difficult”. but will undoubtedly broach the matter with Putin. ASEM will be the first occasion for EU leaders to have contact with Putin in months.

EU leaders remain greatly concerned with the alarming pattern of behavior displayed by Putin. He annexed Crimea and the will unlikely be a return to status quo ante. He has supported Russian speaking compatriots throughout the former Soviet republics. Beyond Crimea, he has branded the Donetsk and Luhansk provinces in eastern and southern Ukraine ” New Russia”. They have been occupied by armed separatist fighters led by Russian citizens that have managed to acquire tanks, missiles, and other heavy weapons which the Ukrainian government and the West have said could only come from Russia. They have violently clashed with the Ukraine’s armed forces. Putin’s actions have been in line with his vision of a resurgent Russia at the center of an orbit of compliant neighbors. This concept was manifested in his proposal for a “Eurasian Union,” an economic alliance that would include former Soviet republics such as Belarus, Kazakhstan, Armenia, Moldova, Uzbekistan, Tajikistan, and most notably Ukraine.

Putin seems determined, perhaps for political reasons or due to character, to maintain an environment of confrontation. For EU leaders, coping with a counterpart in diplomacy who is aggressive in both words and deeds makes remaining confident and resolute that a solution can be found to the current crisis more difficult. Fears likely exist among some EU leaders that Putin will pose even greater problems in the future. The weight of maintaining Europe security falls squarely on the shoulders of the EU leaders. They are the stewards of their countries. In her statement, Merkel appears to be reminding fellow EU leaders that although times are troubled, relations between the EU and Russia must exist. A positive line of communication with Russia must be maintained not as a personal matter, but as a duty. She understands that continued uncongenial relations between the EU and Russia could lead to a larger conflict involving NATO. Desired outcomes can develop from such contacts. Merkel is showing by example that EU leaders must remain strong and of good courage in the face of daunting circumstances. Audentis fortuna adiuvat! (Fortune favors the bold!)

Much needs to be discussed in meetings between EU leaders and Putin such as: the meaning of events in Ukraine with regard to long-term Russian behavior there; Putin’s plans for states along Russia’s border; and vital economic issues on which the EU and Russia must cooperate. Most likely many issues will not be covered. Nevertheless, firsthand experience speaking with Putin will be of great value. EU leaders and Putin would have the chance to “clear the air” regarding any personal concerns they have of the recent course of relations. Decisions would no longer need to be based on an understanding of Putin’s thinking in the abstract. Leaders would remove any ambiguity over where things are headed. They would better understand the risks and likely outcomes of possible diplomatic or military initiatives regarding Russia.

Hopefully, meetings between EU leaders and Putin will be successful and regular communication between them, with US President Barack Obama included, can be established soon. Finding ways to work with Putin to construct a solution on Ukraine and a variety of other issues will require a certain agility as his thinking appears somewhat different from there own. However, EU leaders must remember that they regularly display such agility jousting with political opponents in their own capitals and negotiating with each other in Brussels. If  those talents could be brought to bare, much would likely be accomplished by them. Perhaps longstanding linkages between EU states and Russia, put at risk by mutual sanctions, could serve as the basis for an improvement in relations and positive outcomes on contentious issues such as Ukraine that will satisfy all parties involved.

A mantra of greatcharlie.com has been that although the title “Strongman of Russia” surely fits Putin, he is not a maniac. He would likely prefer to establish peace and security in Ukraine and in Russia’s other neighboring states without conflict and further economic, political, and military expense if possible. It is still worthwhile to seek a diplomatic solution to the current crisis. It is good to see that EU leaders have the desire, the will, to look for one.